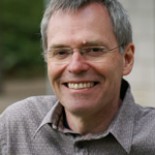 I now have a pair of GB “Coureur” brakes in place. They are side-pull lightweight brake calipers, designed primarily for racing bikes. Not as effective as the French centre-pull brakes … Continue reading →

Quite a bit of progress to report.. The bike now has a beautiful hard leather “Swallow” saddle made by Lycett in the 1950s. Lycett was one of the early competitors … Continue reading →

… are a pair of GB Superhood brake levers, which were widely used in the 1950s.  GB (named after its founder Gerry Burgess) was a British company making some of … Continue reading →